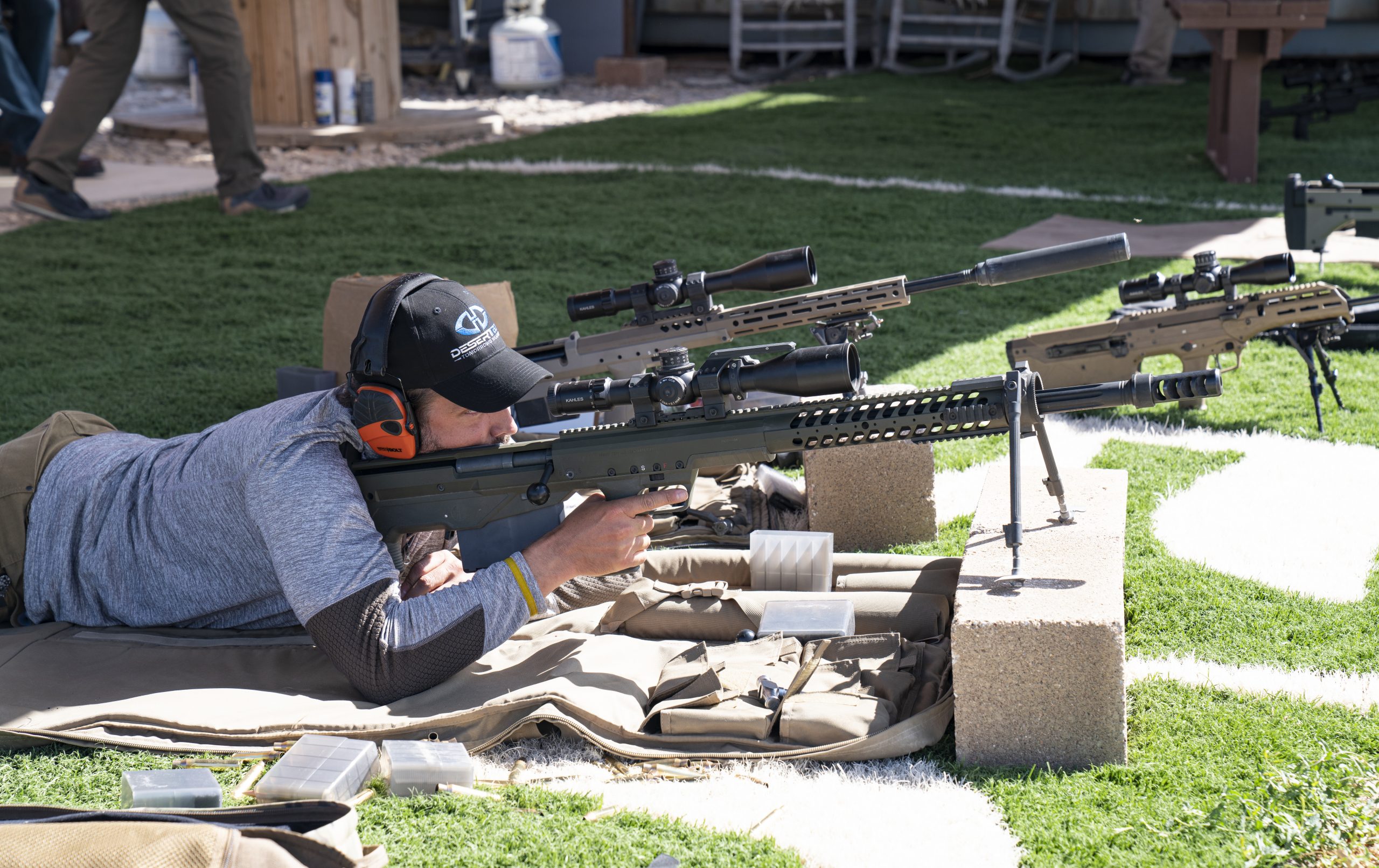 Barrel Twist and Other Wizardry

Everybody knows about barrel-twist right? The most basic feature that makes a rifle a rifle is often a very overlooked subject, and one that today we will dive into a bit more. But first, are you one of the many shooters out there who is under-twisted?

What is a Twist?

For those following the conversation that may not have a perfect understanding of the concept, lets state it clearly. Lands and grooves are the interior features of a rifle barrel, they are like threads to a screw but they run the length of the barrel. If you’ve ever looked down the bore of a rifle, you’ve seen the long twisted lines that force a bullet to rotate as it accelerates. Barrel twist is specified to dictate a bullets rate of rotation (or spinning). Much like the threads on a screw, the rifling in a barrel are cut to a specific rotational value to stabilize the bullets that will be fired down the bore. For every inch down the bore traveled by a bullet, it is rotated along its axis a certain degree, just how much depends on how aggressive the twist rate is. The twist rate is universally referred to as ONE rotation in every XX.X (numerical denomination), such as one rotation every ten inches (1-10). So if your barrel is a 1-10 (common parlance: “one-in-ten”) twist, and twenty inches long, it will have completed (in theory) two complete rotations by the time it leaves the muzzle.

So Why Are There Different Twist Rates?

The whole reason rifles are better than their ancestral muskets, is because they spin the projectile, which stabilizes It. The centrifugal spinning of the projectile gives it more stable flight, and keeps it more inline with the course it started on. Much like spinning a child’s top to keep it standing on its point, the spinning bullet keeps its point in the same direction from when it was released.

Spinning an egg to get it to stand on point is much easier than spinning a pencil, or a bottle. Mainly because of its short round shape. The longer an object is, the faster it needs to be turned in order to get it to stand on point using only its centrifugal force. The same forces are at play with airborne projectiles.
A typical bullet fired from a 5.56 cartridge weighs 55 grains, and since the diameter of the bore cannot change, most 55 grain 5.56 bullets are similar in length. When a larger (heavier) bullet is used, it typically is longer. The diameter cant change, so the only way to make a bullet heavier is to make it longer (or use heavier materials but lets stay on topic). And longer bullets are harder to stabilize without spinning them faster. Whereas a 55 grain bullet will stabilize in an 11 or 12 twist barrel, a 77 grain bullet will not. The longer 77 grain bullet if fired from the too slow a twist barrel will tumble upon leaving the muzzle, which makes for terrible downrange predictability.

The same goes for bullets of every size and weight, they must be spun at the proper rate in order to maintain stable flight.

Why Does it matter?

You might be thinking Why does this matter to me? Gun manufacturers have been making guns for long enough to know the right twist rates right? I buy ammo, load it, and pull the trigger over and over and bullets frequently hit targets if I’m lucky.

The last decade has seen great advances in bullet design and technology, vastly superior to the previous 40-50 years before it. Bullets have grown in performance, and length in many cases. Longer and pointy-er bullets have increased efficiency, making them superior performers in almost every way. These ballistically superior bullets are better at wind deflection, drop over distances, and energy retention. Additional weight and length is generally one element that these bullets share. And as we’ve already discussed, longer and heavier bullets required faster twist rates to stabilize them.

So we find ourselves in the midst of a dilemma; there are both bullets and ammunition available on the market today that require the use of faster twist barrels, and yet many firearm manufacturers still use the same barrel twists they have since the sixties and seventies.

A typical loading for the common 300WM thirty years ago would have featured a 165-180 grain bullet, either of which would be properly stabilized in the common 11-12 inch twist rate. But if you could find a box of ammunition in a store today, it could feature bullets as large as 230 grains, which require a much faster twist like a 1-8 or 1-9. If you were to shoot that ammo in your Dad’s old 300WM with a 12 twist, it would shoot like a wet pool noodle in a hurricane. Heavy loads like that will only do well with a proper twisted barrel.

In addition to the longer and heavier bullets, there are also some bullets that aren’t heavier, but still require a faster twist than historical bullets of the same weight. For example; sticking with the 300WM, you could shoot a heavy round nosed 180-190 grain bullet from the slower 11-12 inch twist barrels, but today you can find bullets that weigh-in at the same class, but still require a faster twist barrel because they are longer by design.

The reason it matters to you as the shooter is that you must use the right combination of barrel twist and bullet if you want to do well.

Armed with the proper knowledge about bullets and twist rates, you can increase your range and performance when shooting. Some manufacturers are ahead of the curve, and already produce rifles with more aggressive twist rates. We here at Desert Tech make our barrels with twist rates to use the most advanced and high performing bullets available to take your shooting to the next level, and make sure you aren’t under-twisted.