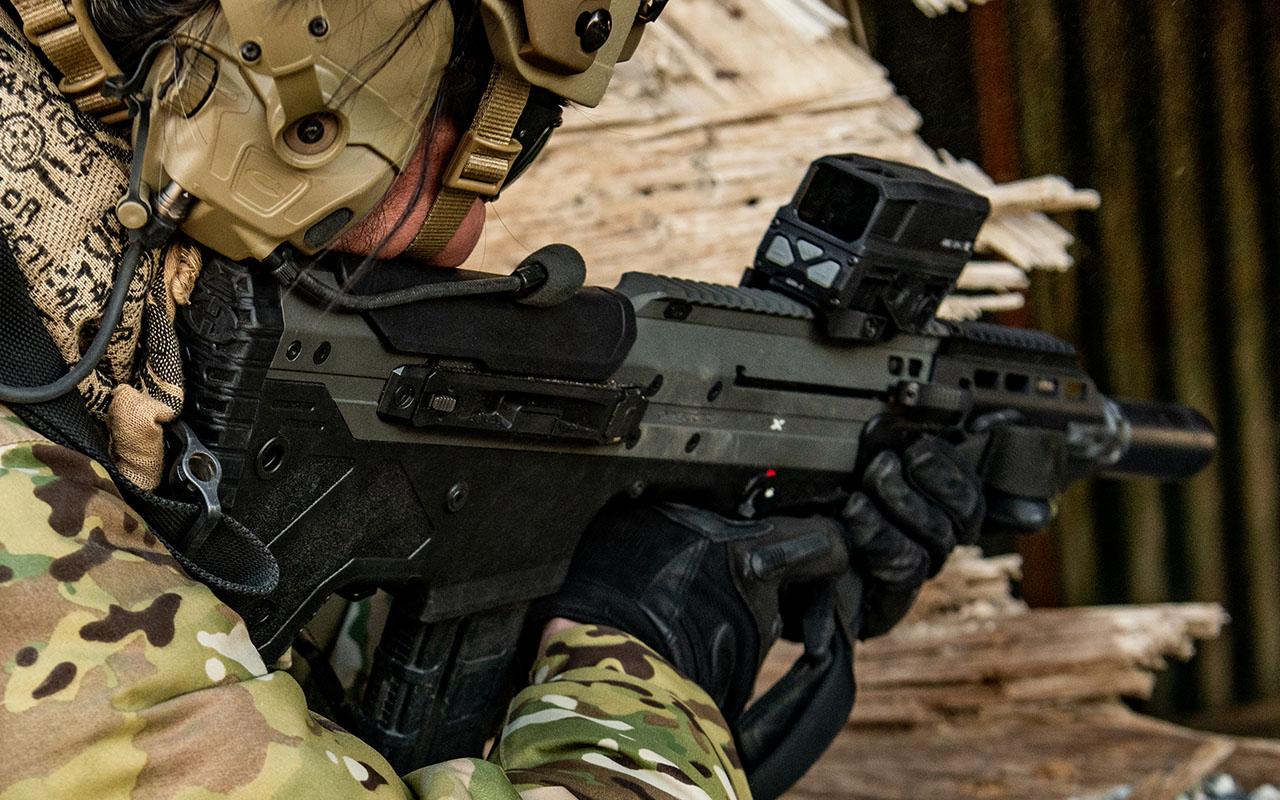 What Cant Can Do

Someday, we’ll have energy weapons just like in the movies. And said energy weapons will of course defy all of our common understanding when it comes to ballistics and projectiles, at least thats what the movies have taught me. But until the day that lasers and blasters like Han Solo carried become common and cheap enough for us common folk to use, we will likely be stuck with projectiles. I say that like its some tragedy, but today we sit at the cutting edge of current technology.
As long as we are using projectiles pushed down barrels by propellant, with a scope mounted on top and a bipod mounted underneath, we are going to have to keep cant on our minds.

Cant is the condition when your barrel and sight are not lined up on a perfect vertical parallel. Anytime your rifle “leans” to one side or the other, the sights (most often a riflescope) are not directly above the bore. The ideal position for a rifle scope as we use them today is directly above the bore of a rifle, and as close to the bore as you can get it. If it was magically possible to put the scope-bore on the exact same plane as the barrel-bore that would be even better (if wishes were fishes). This is a very common challenge to precision rifle shooters, which is why rocking bipods were invented. The ability to rock, or more accurately cant your rifle from one side to the other gives you the ability to level the rifle on uneven terrain, we’ll get to why that is important in a moment. Traditional bipod mounting causes the entire rifle to sway left or right of its axis to the target, this is overcome by shooting techniques that maintain an inline axis to the target. One could argue that this causes a slight imbalance of support on the bipod, but I won’t, simply because it can be overcome by technique.

Even better than using appropriate shooting techniques to counter the balance of the canted rifle, is a bipod that positions the bore-line of the rifle centered at the cant-point of the bipod. This is the design of the Mantis Bipod that is built into the handguard for the MDRX.

There are other bipods that utilize the same idea, by placing the pivot point of the bipod directly around the bore-line. There are still other bipods that attempt to do the same thing by mounting to the sides of the rifle fore-end. The problem with that particular design is that the only way to level the rifle on uneven terrain is to adjust the length of the legs on either side, which is both tedious and less precise that a pivoting bipod.

The Mantis bipod allows shooters of the MDRX the ability to level the rifle on uneven terrain, without giving up any stability or balance. In addition to that, it stows away neatly into the handguard leaving nothing to snag on other gear, or otherwise get in your way. It even has a tension clutch to adjust the resistance of the pivoting mechanism, or to lock it up outright.

Depending on the distance of the shots fired, just a few degrees of cant can be the difference between a hit and a miss. As your rifle cants to one side, the scope moves further out to that side than the bore itself. Not only does this exaggerate the leaning trajectory of your bullet, it also causes a divergence in your firing solution. Whatever elevation you were intending to use has now changed due to cant, you’ll need less elevation and more windage to reconcile for a hit. While the math and calculations are fascinating, it’s much easier to just level your rifle with an anti-cant device like a bubble level or even better, the electronic devices.

Regardless of the technique you use to overcome uneven ground, see to it that you account for cant in every shot. You’d be surprised how often you are off by enough margin to cause an issue, our eye is sometimes fickle when it comes to level. So equip yourself with the best options available, and keep that trajectory inline.