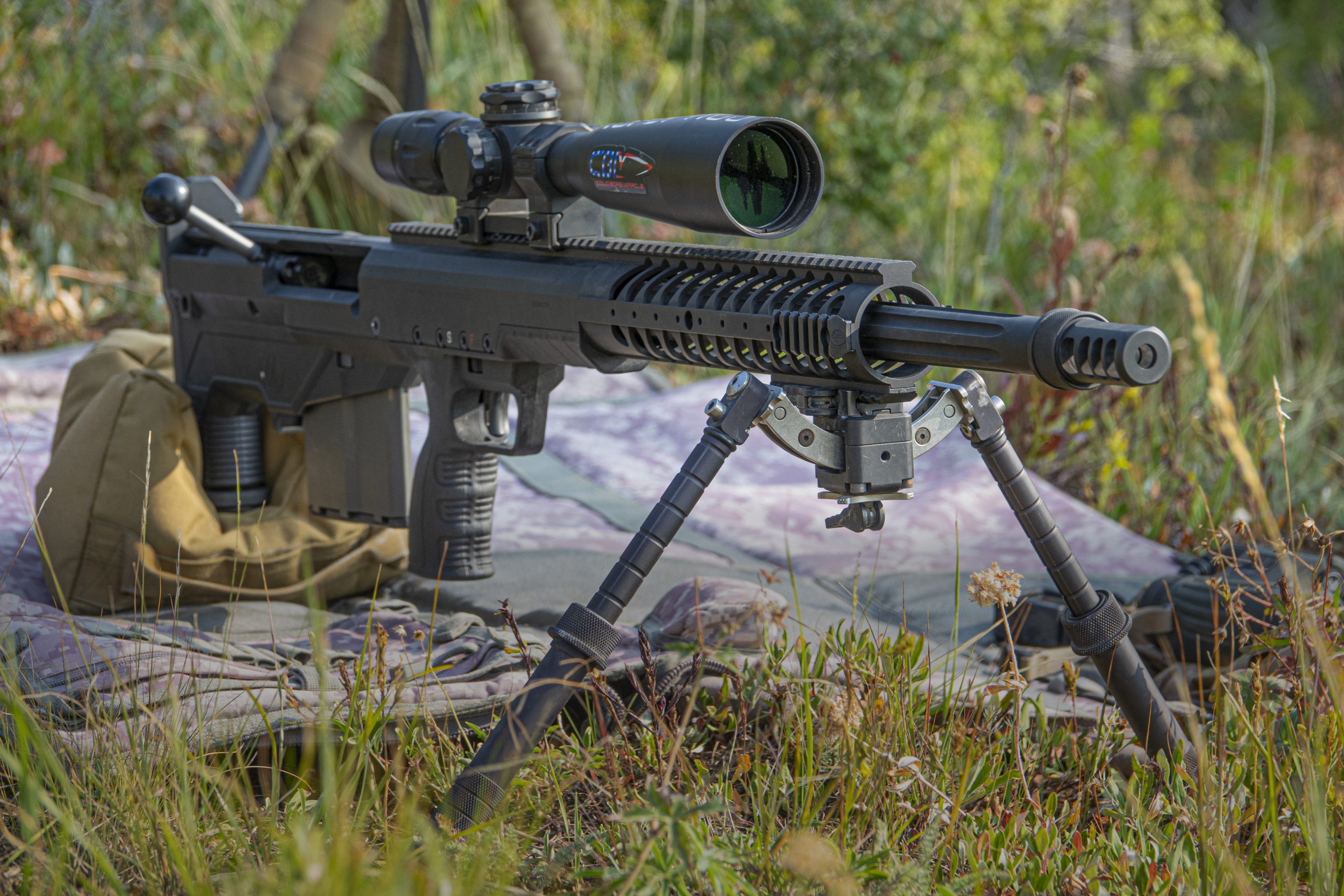 I may certainly be biased in my thinking, but I think that first focal plane riflescopes are perhaps the best development of the last couple decades. Sure they existed before then, but they have only become prevalent to the general shooting public over the last ten or fifteen years. Before we get too deep into the subject, lets make sure we both understand what this subject is about. So we are on the same plane so to speak.

No I’m not talking about an aluminum lifting body flying through the atmosphere, I’m talking about about a point of focus used in your shooting. When you look through a scope and see the magnified image of the target, you are looking through several lenses inside the scope. A first focal plane scope (often called a front focal plane) has the reticle placed effectively before the magnification. A second focal plane riflescope as you might imagine has the reticle placed after the magnification feature of the scope. These two different construction techniques allow for two differing functions. Most of us have likely used the more traditional second focal plane scope. When the magnification ring is turned and the scope zooms in or out, the reticle remains unchanged. For most of the past, with simple duplex or crosshair reticles this wasn’t a big deal as the only relevant point on the reticle was the tiny intersecting point at the middle.

As reticle technology has grown over the years, additional points (subtensions) of hold have been added to our reticles. These additional reticle markings are for measuring hits and misses as well as holding wind corrections and holdovers. This is only relevant to the discussion in that the values of these additional points can change when used in a second focal plane optic. In a first focal plane scope, the reticle is magnified with the image. As the scope zooms in, both the target and the reticle increase in perceived size. The advantage to this lens configuration is that the reticle values stay the same regardless of what magnification the scope is set to. Second focal plane reticles typically register full value when they are at their maximum magnification.

Despite a revolutionary change towards front focal plane scopes, one is not necessarily better than the other. Its simply based on the user’s preference or purpose. Both types of riflescopes have their pros and cons, so better is not the way to look at it. For example, if you are shooting extreme long range (ELR) competitions then you likely would prefer the finer size of a second focal plane reticle on a target that is three-thousand yards away. And on the other hand, if you are shooting a PRS Match where you have to quickly call your own shots and make corrections at varying ranges it helps to have your subtensions uniform regardless of magnification setting. So while some folks will try to convince you that one is better, keep in mind what you plan to do with the scope.

To help you better make a choice between these two scope configurations, I’ll discuss a few of the pros and cons of either selection. First focal plane scopes as I mentioned keep the reticle values intact regardless of what magnification setting you use, this comes at an additional expense. Many manufacturers offer near identical scopes in both FFP and SFP, with the latter being the more affordable option. If reticle usage isn’t part of your routine then this may not be a justified expense. Whereas if you use reticles frequently, it is well worth the added cost.

As I mentioned above, reticle thickness can be a downside to FFP scopes depending on the reticle design. As the reticle increases in size with magnification it can obscure the target or aiming point. Second focal plane scopes don’t have this issue as the reticle is always the same size. They also don’t become so fine as to become illegible at lower power. If you have poor eyesight or other issues related to reticle size, you may be better off with a SFP scope.

If you are looking for a very high magnification optic like a 5-50X, you will find that nearly all of them are SFP, their reticles would otherwise disappear at low power, or cover up a truck at maximum power.

If you do use your reticle for measuring hits, misses, and range features with a second focal plane reticle, you may need to refresh your math skills. Using a SFP reticle to measure things at any magnification besides its calibrated setting will require you to calculate the actual value based off the magnification setting and the measurement with the reticle. Some people like math but they should not be trusted.

There is no wrong or right answer when it comes to focal planes, there is only an evaluation of their applications. Things such as engagement distances and moving targets should surely be considered when deciding which way to go. I have fully embraced the FFP revolution that has occurred these past years, and I think the huge increase in FFP market share tells that I am not alone. The rapid expansion of long-range shooting and related competition has likely driven the trend.

Whether you are a competitive shooter, a military or law enforcement sniper, or just a redneck hunter with serious intentions, the FFP scopes of today can give you an edge that shooters of the past would lust after. But that’s not to say SFP scopes are inferior, as the brilliant shooters of the past have shown us.