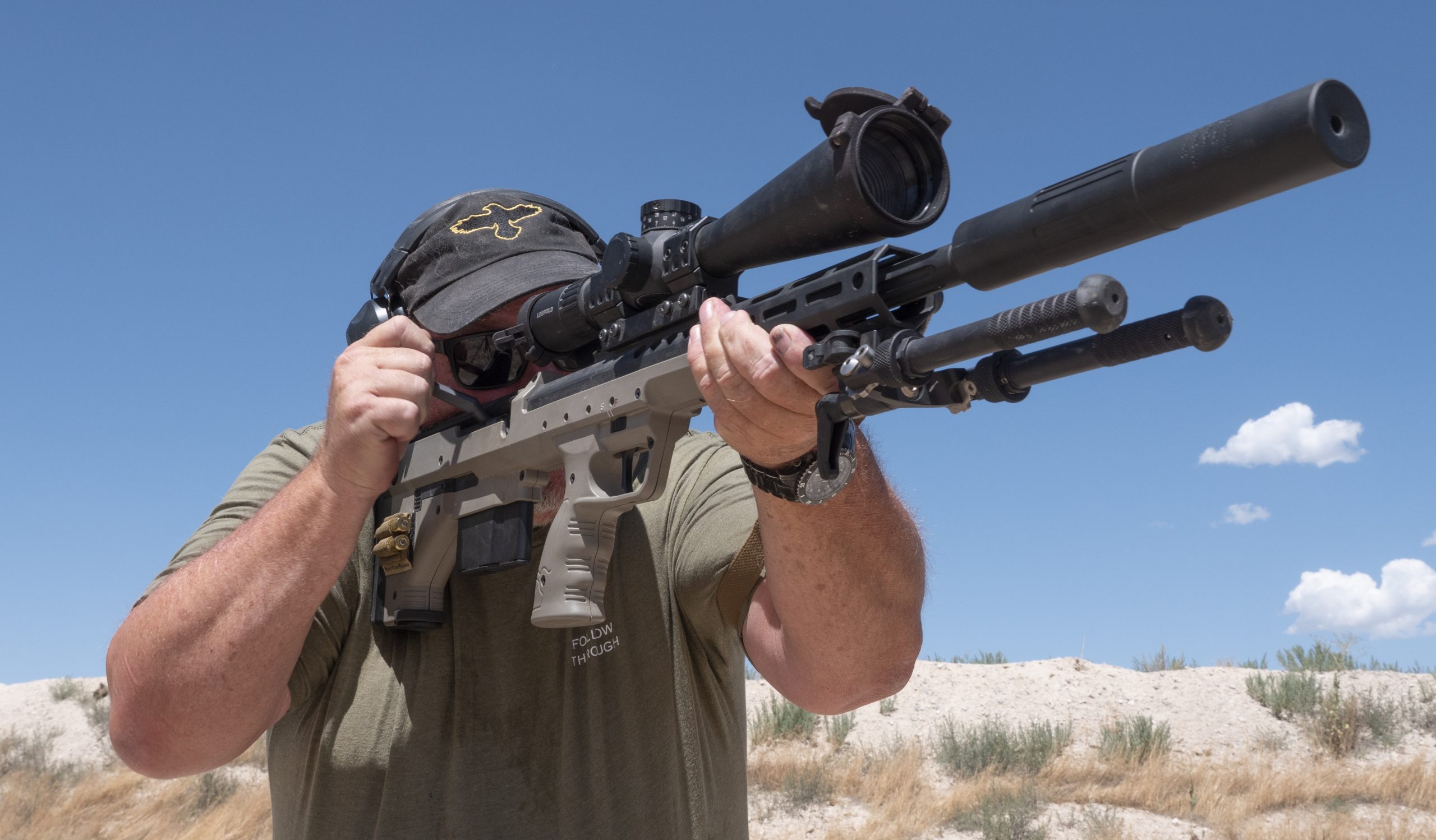 Is 6.5 better than 308 for Law Enforcement Precision Rifles?

Joining the list of pointless and mostly baseless arguments such as 9mm / 45ACP and plastic vs polymer is the 6.5mm  (mostly Creedmoor) vs 308.  Heightened in the LE sniper environment since 6.5 Creedmoor was introduced in 2007 it existed long before with the .260 Remington.  Old enough to experience those extolling the virtues of the 30-06 for precision rifles over its supposedly weaker sister the .308 it was pretty much the same. New cartridge development has suffered this for longer than I have been alive and will not end anytime soon. In the long run experience in the field typically wins out and luckily this argument is no exception.

Both the 308 and 6.5mm work just fine, period, there is no argument outside the need to argue. Military’s have been using the 6.5mm since the late 19th Century, Special Missions Units have been using .260 Remington for years, and the Creedmoor of late. Hunters were taking game and defending house and home with a 6.5mm long before the 308 existed and still do. In a Law Enforcement environment both are equally effective and available at the same cost. When it comes to bullet choices the 6.5 Creedmoor wins hands down with no signs of slowing down.  There are certainly some differences, the question is do they matter, and therein lies some useful discussion.

It’s all about Penetration!

I’ve been engaged in this argument since the late 1990’s when the two “choices” for law enforcement snipers were .223 or 308. Given bullet technology at the time it held water, but I am not certain that would hold true today with 5.56mm let alone 6.5mm.  The idea that you need a 168 grain (or heavier) bullet for most LE work is patently ridiculous. Exceptions, sure, but if you need barrier penetration over a 6.5mm at long range then 308 wouldn’t even be on the list. Given proven distances on soft targets there is nothing a 308 will do better given the appropriate bullet and in many cases it’s worse.   At best it’s comparable with more recoil, and as I will discuss later, Recoil is EVERYTHING!. Testing the 140 grain AMAX (TAP)  in 6.5CM head to head against the 168 grain TAP in 308 in 2008 there was no difference through glass, clothing, windshields and any other typical barrier.  Using BTHP the comparisons were the same out to 500 yards, about 450 yards farther than 99 percent of police deployments.

This argument always brings a laugh to anyone doing or having done the job. The only distance number for average deployments based on proven incidents was 78 yards and included longer shots from FBI’s HRT and other Feds.  Compiled by Derrick Bartlett and the American Sniper Association (ASA) only incidents confirmed with a police report were considered. No conjecture, anecdote or third party “stories” just real shootings.  Police deployments are seldom outside 100 yards, generally “across the street”.  What happens at 600 yards is completely meaningless outside competitions and training, great fun, solid skill builder, but pure fantasy otherwise. Want to train for the real world, attend training that puts you in venues and situations you will encounter, 600 yards from a hide looking like a tree is probably not it.

Even so, the 6.5mm takes this hands down, even relative to energy on target given the correct load. Using 20” barrels (typical 308 police rifles) both the 260 Remington and 6.5CM using 140 grain or similar are faster, flatter, and deliver plenty of energy,  in some cases more than a 168 grain 308. They do it with less muzzle rise, recoil, and suppress more easily making follow up shots more consistent, and first rounds hits more likely.  Been doing it myself for two decades, seen it time and time again teaching , training, or in competition. If you really need something to reach out that far then 308 should be your last choice, not first.

Barrels are too long.

Complete nonsense, proven so years ago by me, and several others. The same argument occurred with the 308 early in my career when “experts” concluded you needed a 26” barrel the size of a trailer axle and 175 grain bullets to be “truly effective”. Time has proven a 20” barrel is as long as necessary with a 308, nothing has changed with the 6.5MM. Punching paper at 1200 yards, sure, deploying in the real world, the same 20” 6.5mm will outperform the 308, the greater the distance the bigger the difference. Using a 20” 6.5CM barrel in my Accuracy International  AT the hold at 600 yards with a 140 grain ELDM is a full 2 mils less than a 20” 308 using a 168 grain ELDM. Bonus, it  has 100 more foot pounds of energy on target. Move farther out and it drops like a rock. Moving to my 20” 260 Remington and a 130 grain bullet pushed harder and it has the same result, more energy, less drop, with less muzzle movement. You do not need a longer barrel for this kind of work on a 6.5mm anymore than you did with a 308 back “in the day”.

So, if they are both getting the job done why change?  The bottom line is recoil, and when it comes to hits on threats or targets recoil is everything.  This is true with rifles, pistols, even shotguns. The less there is the more likely your average shooter is to get a first round hit.  There is a reason precision rifle competitors reduce muzzle movement and recoil as much as possible. You can’t make corrections if you can’t see your hits, and lower recoil makes that easier on all counts. It may be somewhat less concerning at 80 yards, but it remains a factor. There are at least two documented police sniper engagements where recoil obscured and slowed the second shot with lethal results.  Suppressed 6.5mm rifles are noticeably softer to shoot making it easier to call shots even at close range for immediate follow up.

Another advantage is bullet choices for various conditions. The 6.5mm projectile remains one of the most versatile and commercially available on the market today.  Match and or controlled expansion ammunition exists from 95 – 153 grains in 6.5mm Creedmoor. Bonded or solid copper ammunition for deep penetration through common barriers is widely available.  My preferred round in 6.5CM remains a 95 grain Hornady VMAX.  At 3140 fps out of my Desert Tech with an 18.5” barrel it shoots flat and hits hard out to 600 yards with recoil comparable to a 5.56mm, pretty hard to beat. You can argue energy on target, but I would not want to be on the receiving end of that “little” 95 grain bullet even at 600 yards.  If more is needed than its my AI using a 130 grain ELDM in 260 Remington or similar.

The biggest reason for keeping the 308 if you have it as a duty round is logistics.  It is proven, and if your team or agency has everything in place it will work just fine.  Facilitating change in the police world is about as easy as altering someone’s politics. But when the time comes to replace rifles, or barrels, the transition is seamless with no extra cost, no change of training, even your 30 caliber suppressors (if equipped) will work just fine.  Is it a must, or earth shattering, of course not, that would be equally as ridiculous, but it could be advantageous and leaving advantage on the table in a fight may be the most ridiculous idea of all.