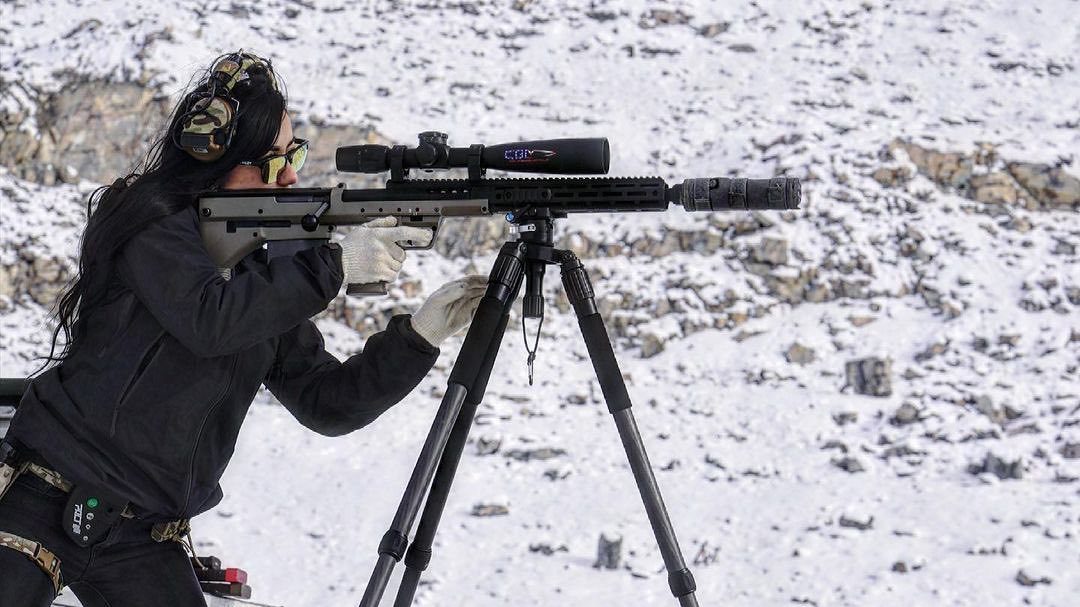 Tripods for marksmen have become extremely popular over the last decade, they have become nearly as common as rear support bags and other gear. There are many great options on the market currently but today I am writing specifically about Field Optics Research tripods. We have used and tried many, and we settled on this brand based on performance and features.

Field Optics Research fills the void between the 100-200 dollar “cheap” tripods, and the carbon fiber thousand dollar plus tripods. Field Optics makes tripods priced from several hundred dollars, up to the very nice carbon fiber models around the thousand dollar mark. They are not photography tripods repurposed for shooting, this makes them an ideal candidate for those who wish to spend just a bit more on their field equipment and expect good returns on their investment.

The PRO 39 is an outstanding piece of equipment, it has a bowl top allowing for leveling and canting of the head. It has three carbon fiber legs with three locking sections that are fully adjustable. My tripod also happens to have Field Optic’s High Angle Bracket which allows you to really crank your rifle to a steep angle.

Perhaps one of my most favorite features of the PRO 39 is the locking legs, they lock in position at the head of the tripod. This is extremely handy when using the tripod as a support under stressful shooting scenarios, as the tripod legs wont fold up on you as you try and maneuver around. The Pro 32 MIL tripod has most of the same features, but has a slightly smaller tube structure.

The second model I’ve fielded is the BT Precision FBT5436C Bowl Top Tripod, like the Pro 39 and 32 It can be used from a prone position, all the way up to a standing position. With carbon fiber telescoping legs, several locking positions, and a bowl top. The bowl top gives the user the ability to loosen the top of the tripod, and articulate the rifle (or scope, binos, etc.) to the angle needed. All of these tripods have interchangeable heads, so you can set up the tripod head with whatever feature you find best suited for your shooting.

Field Optics also sells a Saddle/vise system that mounts on their tripods, so that any rifle (or anything for that matter) can be clamped into the top of the tripod. The clamp also features a pic rail clamp at the bottom of it, so that your rifle can be fixed firmly to the tripod with the quick turn of a screw. In addition to that, they make many different heads to go on the tripod for using Arca Swiss rails, cameras, spotting optics and more.

Another handy feature of the tripod is that the legs screw off, and can be used as a light-weight trekking pole, they even sell thread on handles to make it more convenient. With different ball heads and rifle interface options, there is no reason you can’t find an ideal setup for your needs.

The legs of the tripod are easily extended by turning the rubber gripped cap at the end of each segment. This is almost the best way of doing it, but certainly better than most. The large diameter of the legs make it easy to grab and wrap your hand around, and the whole unit is surprisingly lighter than you would expect after noting its size.
All three legs can articulate by unlocking them at the base of the head, there is a small sliding lock in the hinge itself that allows the legs to be lifted. They can come all the way up to make the tripod rest flat on the ground if needs be. The legs re-lock as you lower them back down at different angles.

Another great tripod option is their BT Precision ground tripod , a smaller tripod meant to work from the ground. It also features a bowl-top, and can use all of the same accessories and mounting solutions. The small and lightweight tripod makes it very stout, even heavy precision rifles will stay steady on this robust little unit.

I’ve used all three models extensively in these rocky mountains, and have found them extremely handy. They were all well built and felt very sturdy when extended. My only complaint might be the size, despite being very light-weight they are still fairly large and more weight than one would want to carry if hunting back-country on foot. However, for competition shooting and all-around shooting, they leave almost nothing to be desired. Moving stage to stage they are easily folded up and carried, and they give the user all the stability of much more expensive units. With such a firm foundation to shoot from, the only excuse for a miss would be user error.

I certainly wouldn’t exclude them from hunting use though, if you hunt from ATV’s, horses or any other fashion that doesn’t require you to carry all your own gear, you would do very well to have one of these tripods under your hunting rifle.

Shooting with tripods can increase your ability to make good hits. There are hundreds of different ways to use them, and I would encourage everyone to look into it. Certainly the products mentioned here aren’t the only ones, just ones that we can recommend.

The Field Optics Research series of tripods is a very affordable way to get into a professional-grade shooting tripod. Yes, there are nicer ones, and perhaps some with better features, but the price is also much higher. These tripods give shooters a great option without having to take out a second mortgage. I can assure you there are many cheaper options out there as well, but as far as performance for the dollar, I’d put my rifle on top of a Field Optics Research any day.