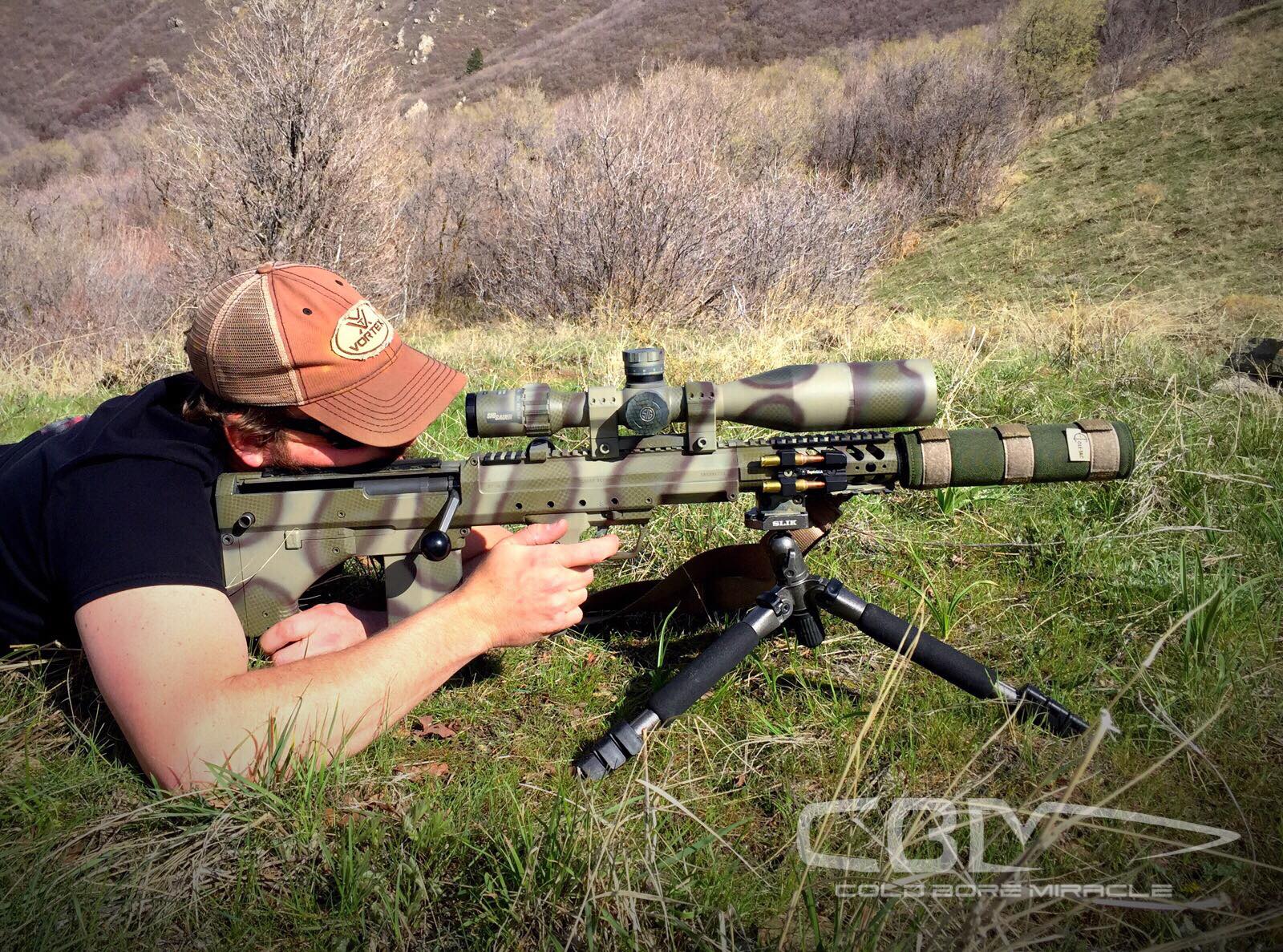 When we set out to make the most compact precision rifles in the world, the bullpup design was part of making the overall package shorter. The Covert model of the SRS made an already short precision rifle into a ridiculously shorter rifle on par with some SBR’s. The popularity of the SRS Covert speaks volumes about the utility of a short barreled precision rifle.

Why would anybody want a short barreled precision rifle in the first place? Like everything else in shooting, your setup depends greatly on the intended purpose. If you plan on shooting from a bench all day, then having a twenty-pound rifle that’s forty-inches long wont matter. But if your planning on deploying from a vehicle, or maneuvering through any kind of obstacles then a shorter rifle is much more practical. And even if your aren’t confined to small spaces, a shorter rifle is still just handy to operate. Small pistol caliber and rifle carbines are used almost exclusively for shooting scenarios that require hasty movement through obstacles and barricades, the size makes them ideal.

Having a precision rifle of the same size gives all the same benefits, with the added one of precision shot placement. Law enforcement snipers have embraced this trend in rifles as it suits many of their operational needs. The typical distance used in LE shooting engagements is pretty short, which leads into our next subject.

All else being equal, a short barrel will provide less velocity than an equivalent barrel of longer length. As the propellant burns inside the barrel, the bullet is accelerated towards the muzzle, and almost always it reaches a higher velocity as you extend the barrel. This gives more time for the pressure to accelerate the bullet.

So short barrels are slower, but for many marksmen it is an irrelevant point. For example, if your’e the police marksman trying to engage a target from across the street, the ignoble target in the window opposite wont know the difference between 2600 feet per second, and 2400 feet per second. And though he wont give it any thought it will likely blow his mind anyways. Many barrel cut down tests have been shown on the reduced velocity of shorter barrels, the results are interesting. On average, a 308 will lose around 250 feet per second when going from twenty-six inches down to sixteen inches. That is certainly not insignificant, but can you shoot accurately with only 2400 feet per second? And furthermore, can you shoot accurately at long-range?

Other cartridges are similarly effected with barrel length, some more than others. But some would be surprised by what you can do even with these reduced velocity rifles. Looking into the trasol ballistic calculator, a thirty caliber 175 grain bullet fired at 2650 feet per second has already dropped to a velocity of 2415 feet per second by the time it reaches one hundred yards. So if your starting out at basically that velocity you’ve only lost about that distance in your overall range capacity. Going sub-sonic is typically where things go amiss, so we’ll call that the end of the line. The above data reduces your effective range from just over nine-hundred down to eight hundred yards, this only matters if you’re shooting that far, and what you intend on doing with the bullet when it gets there. If you are just trying to hit a target, then you’re fine, but if you’re trying to kill something then you may need something a little more portly.

Shooting long-range with shorter barreled rifles is not as hard as some would make you believe, and much of the shortcomings can be made up with better calibers, bullets, better propellants and so on. Despite the sixteen-inch 308’s reduced muzzle velocity, I’ve still been able to stretch it out to over twelve-hundred yards in good conditions. But if you want a better option there are plenty of them, 18 inch 300 WM is another one I’ve shot quite a bit. And it is perfectly suitable for crushing targets out to 1400 yards and more, hitting close to a mile is certainly doable, it just depends on your energy requirements.

A longer barrel with more velocity will have some advantages, but so does the shorter barrel. Shorter barrels will be stiffer than a longer barrel, which will result in less barrel whip. Many people are of the opinion that shorter, stiffer barrels are more accurate than their longer counterparts, and that the benefits of stiffer and more consistent barrel harmonics outweigh the loss in velocity. In the end, you have to dance with who brought you, so make your choice accordingly.

The purpose here today was not to convince you to chop down your barrel, there are pros and cons to both long and short barrels. But I hope we put a seed in your mind, that longer isn’t always better, faster isn’t always best. As you put together your next rifle project in your mind, consider the possibility that going short might be a great option you’ll appreciate later.