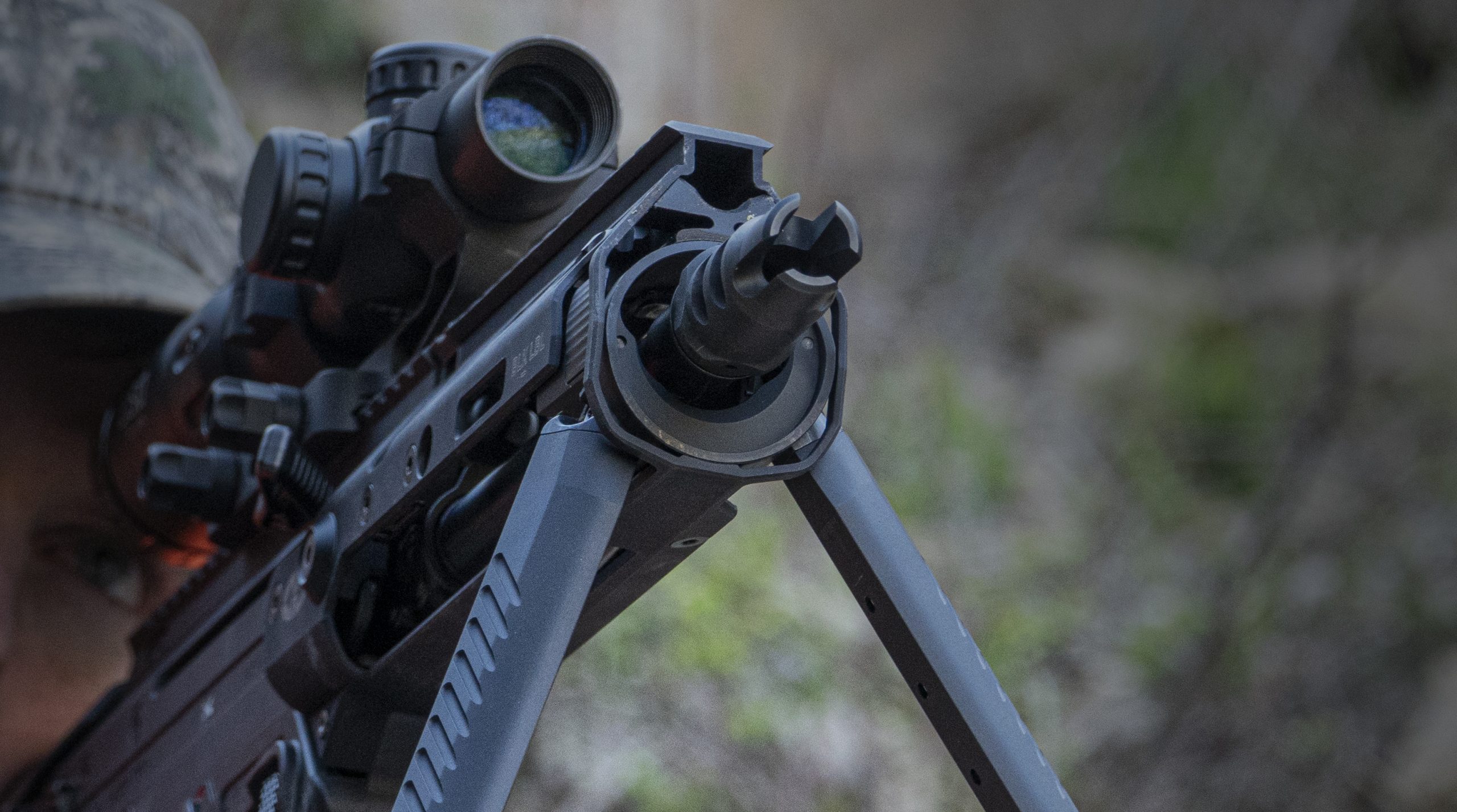 Rifles used to terrify me. To be honest, I cringe at all of the viral YouTube videos that people think are funny where someone obviously untrained is holding a rifle and they get pushed back off balance and fall or lose control of the gun. My mind immediately wanders back to a story of tragedy in Georgia. A child and his father were at a shooting range with their family. The child was holding a full auto rifle and was not being guided at the moment when he pulled the trigger.  As you know, the muzzle will rise and requires a strong stance and control to keep bullets down range. Unfortunately, this ended in the death of his father as the muzzle rose straight up over the child and the parent attempted to step in and help.

Rifles have now become one of my most treasured sport and hobby items. I have learned though that proper gear makes all the difference in the world to have an enjoyable and well shooting rifle. You have to have a well weighted and balanced rifle to start with. One of the critical items that I rely on is a proper compensator, this is where the Desert Tech MDRX truly shines. Desert Tech has the specially designed Ratchet Compensator for their rifles, the Ratchet provides a soft and flat shooting experience.

The first day that I went to the shooting range with the MDRX , I was with my husband and our 16 year old daughter. We happened to be underneath a covered range that luckily had heat flowing from the covered roof because it was CHILLY!  I fired my first shot and turned my head to look back at my family in such joy and excitement. I saw an incredulous look of fright on my daughter and my husband was holding his head. That being said, I barely felt or heard a thing, but they got the direct disbursement of the gas porting so that the shot literally rattled their heads.

A compensator does not mitigate sound at all, on the contrary, it makes a shot sound even louder most of the time. Add that to the covered metal awning that I was shooting under and I understand why my normally gun loving daughter looked like she was ready to faint. It took some coaxing, but she did come and shoot the MDRX herself.  She fired perhaps a half a dozen shots and she turned to me after clearing the rifle and setting it on the bench. She could not understand why shooting the rifle felt like a .22 but sounded like a cannon. This brings me back to the Ratchet Compensator.

Typically, you have the option of a muzzle flash hider for shooting in low light situations, or a muzzle brake which reduces recoil felt because it changes the direction of the gas to distribute it out the sides of the ports.  Neither of these provide any significant reduction in the risk of muzzle rise in most situations. This is where the Desert Tech Ratchet wears a cape, it might even leap over a tall building or two.

When you are shooting, the muzzle of the gun naturally rises.  You must be capable of utilizing this to your advantage with short ranges or pistols. An example of this is when I am shooting USPSA and I have targets stacked on top of one another. You begin with the target on the bottom and essentially ride the rise of the muzzle to quickly acquire the higher target next.  With longer shots or rifles, this is much more complicated.  If you are shooting longer ranges or hunting an animal, it is imperative to stay on your target to spot the impact and not have to search to find your target again after the shot.

The Ratchet Compensator takes the gas from the shot and uses the directed ports to keep the muzzle flat as well as absorb 50% or more of the felt recoil. Venting gas upwards as well to keep the muzzle from rising. This is a game changer both in close quarter shooting and when making distance shots. The basic science behind a compensator is that both the size of the holes and direction they angle to is what essentially makes a blast into a puff, neutralizing forces on the rifle.

Now that I have handled the sciency part, let me be honest.  The Ratchet Compensator makes the final touch in looks as well.  We all love the look of a rifle, but there is something UBER sexy about the finish from adding on the compensator. It looks like a blend between .007 and just all out badassery.

Therefore, if you want the complete look of a rifle detailed out to the hilt, then definitely add the Ratchet Compensator. You will get the bonus of profound recoil reduction, muzzle rise mitigation, target acquisition and maintenance, as well as the fun gas punch in the face to those standing behind you when you shoot ☺  Everybody wins here!